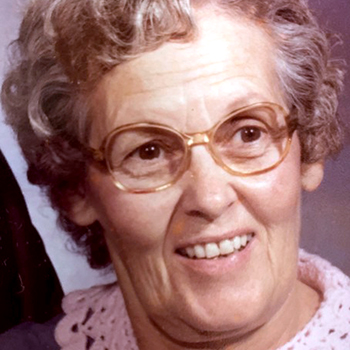 WATERLOO, Iowa—Virginia Richardson, a pastor’s wife, died May 9. She was 97.

From 1945 until their retirement in 1989, Virginia served with her late husband, Ray, in ministry as he pastored churches in Wisconsin (LaCrosse), Minnesota (Stewartville), and Iowa (Waukon, Waverly, and Winterset). Virginia worked in her home, caring for their eight children. She volunteered continually at church and was a true partner in ministry with Ray. Most recently she was a member of Hagerman Baptist Church, Waterloo, Iowa.

Virginia was preceded in death by her husband, Ray, in 2006 after 63 years of marriage; one son, Kenneth; three grandchildren; and one great-grandson.