Todd DeKryger, a beloved medical missionary in Togo, died Feb. 26 after a brief illness. He was 46. 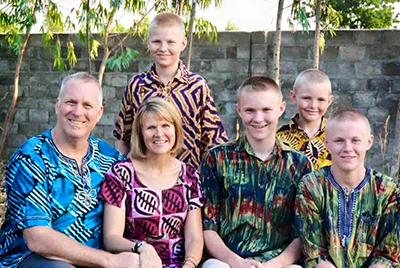 GRAND RAPIDS, Mich.—Todd DeKryger, a beloved medical missionary in Togo, died Feb. 26 after a brief illness. He was 46.

Todd, a gifted surgical physician assistant, was chief of staff at the Hospital of Hope in Mango, Togo, West Africa. “Todd had a deep love for the people of West Africa, and for sharing the love of Jesus with them through medicine,” says the Association of Baptists for World Evangelism, the DeKrygers’ missions agency.

“He was certainly the heart of the hospital,” says Jeffrey Burr, pastor of Forest Hills Baptist Church in Grand Rapids, the DeKrygers’ sending church. “It was really his vision to see the hospital established in that part of the country.”

Todd and Jennifer DeKryger were appointed with ABWE in 2003. In 2007 he began serving at Hôpital Baptiste Biblique in southern Togo and then, beginning in 2013, helped open Hospital of Hope in the northern part of the country. “Todd worked tirelessly in helping to build the new hospital—so much so that it’s been said his fingerprints would be found in every corner,” ABWE says.

After the hospital opened on Feb. 26, 2015, Todd “worked in the operating room; he managed the hospital and the outpatient clinic. He was on call 24 hours a day for weeks at a time,” says Pastor Chip Bernhard, whose church supports the DeKryger family. He calls Todd “a life restorer in a country that others have neglected.”

Todd grew up in Kalamazoo, Michigan, and earned his medical degree from Western Michigan University. When he became critically ill in February, he was treated for malaria and typhoid, but when his condition didn’t improve, he was flown to a hospital in Cologne, Germany, where he died with Jennifer by his side.

Jennifer says, “Todd poured out his life as an offering to God in Togo. I know that Todd would similarly encourage us who remain here for a little while longer to also be faithful in our service to our King.”

Todd is survived by Jennifer and their four sons: Will, Grant, Luke, and Drew.