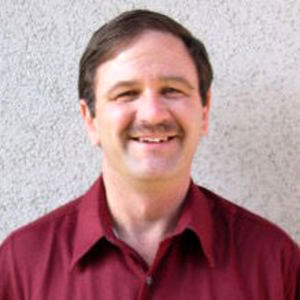 ALLEMAN, Iowa—Timothy Ledru Brudtkuhl, a missionary, died Oct. 21. He was 61.

After graduating from Faith Baptist Bible College in 1981, Tim served as director of youth and music at Calvary Baptist Church, Bremerton, Washington, from 1982 to 1985. Burdened to serve as a missionary ever since visiting Germany in college with his choir, he returned to Faith Baptist Theological Seminary to pursue a master’s degree in pastoral studies. There he met his wife, Shelli. The couple married on May 16, 1987.

Tim and Shelli moved to Germany in 1990, where they were missionaries with Baptist Mid-Missions for 25 years. God greatly used Tim’s experience in youth ministry to reach young people for Christ. Tim is still affectionately remembered in Bavaria as “Onkel Tim,” who woke them up at youth camp every morning with the sound of the trumpet. In 1995, Tim and Shelli moved to Berlin to start a church. Although Tim’s love for music introduced him to Germany, God used his interest in sports to help reach the Karow community of Berlin.

For his volunteer work he was interviewed by newspapers, received a citizen award from the mayor, and became recognized as a spiritual leader in the community. He started a sports club, which introduced him to many young families and provided opportunities for youth ministry. He was often recognized around town as the bike riding basketball pastor. Even with his declining mental health his heart was still on the mission field.

He is survived by his wife, Shelli; and three sons, Aaron, Daniel, and David.

A funeral service will take place Oct. 27 at 10:30 a.m. at Faith Baptist Church, Cambridge, Iowa. The service will be available via livestream at boxcast.tv/view/tim-brudtkuhl-962437.