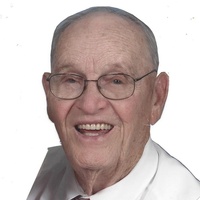 Stan was a veteran of World War II, having served in the U.S. Army Air Forces from January 1943 to November 1945 in the Cadet Flying Program and as radio mechanic. Following his honorable discharge, he was employed with the Detroit Post Office for 18 years and began a career in ministry in 1971.

He is survived by his wife of 76 years, Dorothy; his children, James, Donald, Stanley III (a member of the GARBC Council of Eighteen and pastor of Rustic Hills Baptist Church in Colorado Springs), Ruth Rodenberg, and Lois Turner; 13 grandchildren; and 18 great-grandchildren.

A memorial service will be held on Saturday, Nov. 18, at 2:00 p.m., at Bethany Bible Church, 810 E. Huron River Dr., Belleville, MI. Stan’s family will greet guests one hour prior to the service.