Ruth Ann Engstrom, who served with her husband in music ministry, died May 31 at age 78. 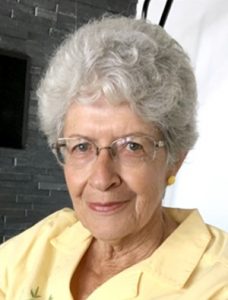 BURNS, Oreg.—Ruth Ann Engstrom, who served with her husband in music ministry, died May 31 at age 78.

Ruth spent her earliest years living on the family farm near Stewartville, Minnesota, attending first and second grades in a country school. Her parents sold the farm and moved to Rochester, and then moved to Kasson, where she finished her schooling and graduated from high school in 1957. She was the salutatorian of her class.

She attended Omaha Baptist Bible College, where she met her future husband, Carl Engstrom. While in college, she sang in the choir and played the piano for a male quartet and for the Jubilairs ladies’ trio.

Ruth and Carl were married June 27, 1959, and made their home in Casper, Wyoming, where Carl was the youth and music director at Calvary Baptist Church. They moved to Billings, Montana, where Carl graduated from Eastern Montana College and Ruth was a secretary at Deaconess Hospital to help put Carl through college. Ruth also worked as a teacher’s aide many of the years that Carl taught.

With Carl, Ruth had a music ministry wherever they have lived. They traveled and ministered 17 years all across the United States, British Columbia, and Alaska. They also spent one and a half months ministering in the Philippines. Ruth’s secretarial skills and ability to cope in various situations, as well as the ability to sing and play the organ, were a great help in their ministry.

Ruth was preceded in death by her daughter, Rhoda, and an infant granddaughter.

She is survived by her husband, Carl; her son, Arvid; her sister, Carol Patten; seven grandchildren; and six great-grandchildren.

Next post Churches Partner to Reach Millennials in Minnesota