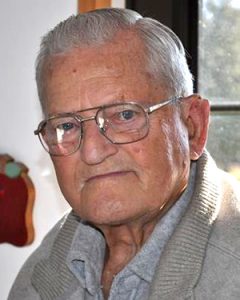 Bob earned his bachelor’s degree from William Penn College and master’s and doctoral degrees in theology from Dallas Theological Seminary. For 25 years he was a professor of Greek and New Testament at Baptist Bible College and Seminary (now Clarks Summit University).

Dr. Lee Kliewer, dean of Baptist Bible Seminary, says “Bob was a valuable part of our faculty team for many years, and was respected and loved greatly by colleagues and students.”

One of those students of “Doc Williams” was John Greening, GARBC national representative. “With the fondest memories, I recall his love for the Lord and His Word,” Greening says. “Through his patient and persistent instruction, he equipped us students with the tools to open God’s Word and preach it with clarity, conviction, and precision. His example of hard work, both on the job and off, taught us that life and ministry often require sweat and long hours. His humor kept us from taking ourselves too seriously.”

In addition to his work as a professor, Bob served in the U.S. Army during World War II, and was a pastor or interim pastor in more than 40 churches.

Bob was preceded in death by a daughter, Judy McElwain.