Robert P. Lightner, a professor and an author who was influential in Regular Baptist thought, died Aug. 3. He was 87. 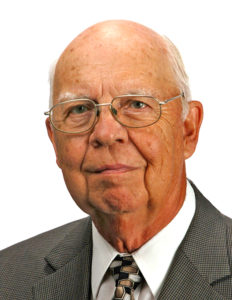 MESQUITE, Texas—Robert P. Lightner, a professor and an author who was influential in Regular Baptist thought, died Aug. 3. He was 87.


Lightner (ThM, 1959; ThD, 1964) taught at Dallas Theological Seminary for 50 years after teaching for seven years at Baptist Bible College and Seminary. He joined the faculty of DTS in 1968 as professor of theology. At the time of his death, he was professor emeritus of systematic theology and an adjunct professor in theological studies, positions that he transitioned to in 1998.

“Dr. Lightner was a clear thinking theologian,” says Dr. Mark L. Bailey, president of Dallas Theological Seminary. “I knew him to be nothing less than faithful, principled, and a steady defender of biblical truth.”

“His writings were influential in shaping Regular Baptist thought for decades,” says David Gunn, director of Regular Baptist Press. “I had the tremendous privilege of studying under Dr. Lightner in the waning years of his teaching career and of working closely with him to revise and expand his classic work Speaking in Tongues and Divine Healing. In all my dealings with him, I found him to be gracious, approachable, and a truly humble man, despite his many achievements and well-deserved accolades.”

In all, Lightner wrote 24 books, contributed to 11 additional books, and wrote several journal and magazine articles. He wrote not “to attract experts” but “to reach educated laymen to understand God’s Word,” he said in a May 2017 interview with Paul Scharf of Dispensational Publishing House.

That desire and ability to help people understand the Bible was inspired by one of his favorite teachers at DTS: Dr. Charles Ryrie, author of the revered Ryrie Study Bible and invaluable books including Dispensationalism, Balancing the Christian Life, and Basic Theology. Lightner began studying at DTS in 1955 and was impressed, he said, by Ryrie’s “way of relating to students, and bringing the cookies down on the lower shelf so that we could understand them.”

Ryrie believed that “theology is for everyone.” So too did Lightner. Former students of his say he was approachable, gracious, and respected and made his teachings easy to understand. He was “God’s gift to the worldwide Body of Christ,” one former student says.

Lightner took his ability to clearly communicate God’s Word into local and global ministries. “Although an accomplished academician,” Gunn says, “Dr. Lightner did not restrict his ministry to the ivory tower: he also devoted himself to active ministry in the local church.” He served as an interim pastor 33 times in 24 churches and preached in Bible conferences. In addition, he ministered overseas, teaching in Venezuela, Peru, Paraguay, and London.

Even when advanced in years he gladly kept serving the Lord. “As I approached retirement age, I feared I would not have as many opportunities to serve. The fact is I have more than ever,” he said in “Age with Vitality,” a 2011 DTS Voice article. Reflecting on the pleasant surprise of preaching and teaching in old age, he wrote in 2017, “I am thankful for those many years of being active in Christ’s service.”