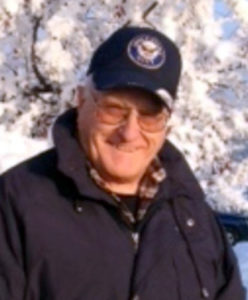 Bob entered the US Navy after graduating high school in 1956. During his four-year tenure in the Navy, he yielded his heart and life to Christ and felt called by God to serve in pastoral ministry.

Bob attended Los Angeles Baptist Bible College and Seminary, graduating in May 1968. He spent the rest of his life as a pastor. Serving with Northwest Baptist Home Missions, he was instrumental in starting churches in Hayden Lake, Idaho; Kennewick, Washington; and Republic, Washington. He also pastored churches in Libby, Montana, and was visitation minister in Redding, California. He retired in 2011.

He is survived by his wife, Donna; two sons, Kevin and Kendal; a daughter, Echo Dupea; 11 grandchildren; and two great-grandchildren.