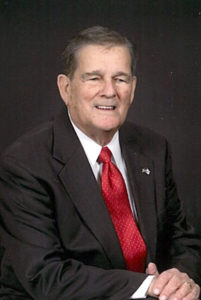 Robert was the founding pastor of Stony Point Baptist Church, Kansas City, Kan., which started in his living room. He was also a board member at Denver Bible College and Faith Baptist Bible College and often served as an interim minister throughout northwest Kansas. After retiring in 1999, he worked for Bibles International for over 10 years.

Robert was preceded in death by a son, Robert.

He is survived by his wife of 72 years, Betty; two daughters, Andrea Walker and Alison Petterson; a son, David; 11 grandchildren; and 13 great-grandchildren.