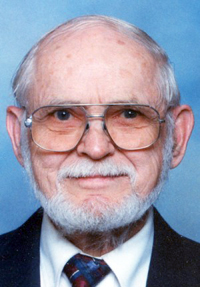 GRANDVIEW, Iowa—Richard Westbrook, former church planter in Argentina, died on May 7 at age 82.

Dick’s brother, Frederick, led him to the Lord at age 17. He centered his life on serving the Lord. His most recent ministry was serving as a chaplain at Bickford Cottage in Muscatine, Iowa, and at the Wapello Nursing and Rehab Center.

After graduating from Grandview High School in 1947, Dick served in the U.S. Army during the Korean Conflict. In later years he received a BA from Faith Baptist Bible College, Ankeny, Iowa. He became a pastor missionary in Argentina, working as a church planter with Evangelical Baptist Missions.

He was preceded in death by his parents, a sister, and four brothers.