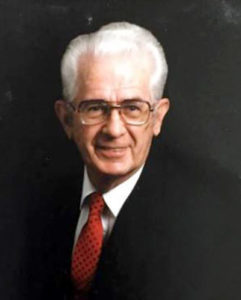 Richard was a pastor in New York and Michigan before moving his family to Washington in 1954 to start Community Bible Church of Concrete. He served as its pastor until 1957 and then pastored churches in Idaho and Montana. After retiring in 1998, he ministered as an interim pastor in the Northwest into his late 80s.