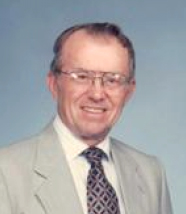 Ralph was born in Holman, Wisconsin, and graduated from Faith Baptist Bible College. He pastored Ladysmith (Wisconsin) Baptist Church from 1964 to 1971 and then, as a missionary with Continental Baptist Missions, began Emmanuel Baptist Church, Appleton, Wisconsin, in October 1971. He served as its missionary pastor until the church called its first full-time pastor in April 1977.

With his church now self-supported, he desired to start other churches and learned from Everett Hawbaker, then pastor of Grace Baptist Church, Lombard, Illinois, that more churches were needed in the western suburbs of Chicago. After surveying the area, Ralph and his family moved to Warrenville, Illinois, in July 1977, and that October started Emmanuel Baptist Church of Warrenville, located in Naperville. He served as pastor until 1989. He also started Abundant Life Baptist Church in Batavia, Illinois, in 2001 when he saw that the city’s population was growing.

Ralph was a farmer and engineer at heart, which served him well in acquiring land from farmers before the big developers could snatch it up. He engineered the land and then was the architect to build the church. He loved to figure things out and enjoyed working hard. He also served on many mission boards.

Ralph was preceded in death by a daughter, Kristy.

He is survived by his wife of 55 years, Karen; their children Vern, Mark, Kerry, Daniel, Kenneth, and Kimberly; 21 grandchildren; and six great-grandchildren.