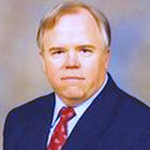 Paul was pastor of Bible Baptist Church, Newark, Ohio, from 1991 until his retirement on June 28 this year. Previous to that ministry, he was assistant pastor for 15 years at First Baptist Church, Findlay, Ohio.

He has been part of the Newark community for the past 29 years, serving as a chaplain for the Licking County Prosecuting Attorney’s Office and playing taps for the Licking County Veteran’s Alliance. He was also a member of the Association of Certified Biblical Counselors and served with Baptist Church Planters as the coordinator for retirees and candidates.

He was a 1976 graduate of Faith Baptist Bible College, and in 2018 he earned a doctorate in religious studies from Trinity Theological Seminary.

He is survived by his wife of 46 years, Debra; their sons, Aaron, Andrew, Benjamin, and Michael; and 10 grandchildren.