Nyladine Redmond, a church planter, died Sept. 5. She was 87. 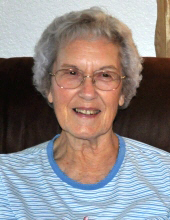 STERLING, Alaska—Nyladine Redmond, a church planter, died Sept. 5. She was 87.

Nyladine served in church planting ministry with her husband, Virgil. The Redmonds were the first missionaries commissioned by North Park Baptist Church, Grand Rapids, in 1960 to plant churches in the newly formed state of Alaska in partnership with Baptist Mid-Missions. The Redmonds planted six churches in various regions of Alaska.

In addition, Nyladine accompanied Virgil on weekly trips to minister to inmates at Spring Creek Correctional Center, Seward, Alaska, and yearly trips to Florence (Arizona) Corrections Center. They began their prison ministry in 1993.

Nydladine “was always loving no matter what life threw at her,” her family says. “Her prayer life always inspired those around her. She was very adventurous no matter where life took her, whether on land or water. She loved to read out of the Bible and other uplifting stories to her kids, grandkids, and great-grandkids.”

She is survived by her husband of 65 years, Virgil; her children, Mary Casey, Rich, and Tom; 12 grandchildren; and 14 great-grandchildren.

Next post Three International Churches in One Portland Location