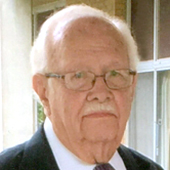 He preached his last official sermon on May 7, 2016, on his 90th birthday. Upon his retirement, he became a member of North Court Baptist Church in Ottumwa.

At the 2011 GARBC Conference in Denver, he received a Christian Service Award for his faithful ministry.

He was preceded in death by a granddaughter.