Maurice Wilcox served the Lord for 65 years as a chaplain, church planter, and pastor. He died Sept. 17, 24 days before his 103rd birthday. 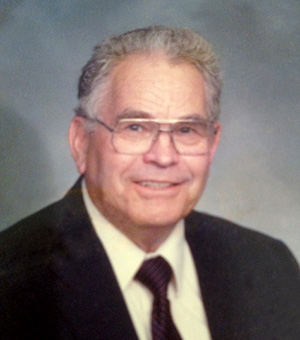 WINDSOR, Calif.—Maurice (pronounced Morris by family and Maurice by the church family) Wilcox served the Lord for 65 years as a chaplain in the Salvation Army, church planter with American Sunday School Union, and church planter/pastor with the CARBC, including in Susanville, Gridley, and Paso Robles. Maurice died Sept. 17, 24 days before his 103rd birthday.

Maurice’s final ministry was as both pastor emeritus and phone visitation pastor at First Baptist in Windsor. He would regularly call people to talk with them about their lives and pray with them. But as Pastor Maurice became ill, people began calling him to hear about his life; yet the phone calls often ended with Maurice praying for them.

“He loved to tell people about the Lord,” remembers his daughter Dee. Typical of Maurice was visiting the nearby plaza, finding a person sitting on a bench. They would strike up a conversation, and soon Maurice would be talking about the Lord.

His love for the Lord was accompanied by an important love for his family. Maurice kept a prayer list that included each family member: children, grandchildren, great-grandchildren. When the family gathered in Windsor each week, Maurice always wanted to be there.

Maurice also had a love for learning. Seeing the number of Spanish speakers around him, he decided to learn Spanish at age 75. He also took computer classes at age 80 to keep in touch with missionaries. And in his 90s, he asked his daughter to give him piano lessons.

Maurice was looking forward to turning 103 and preaching one more Sunday at First Baptist. At age 101, he had accepted a challenge to memorize Scripture, and his coming sermon would have been filled with those passages. That sermon will be printed in outline form at his memorial service, to be held Oct. 4 at 1:30 p.m. at First Baptist Church in Windsor. A second message of Maurice’s, giving the plan of salvation, will be read.