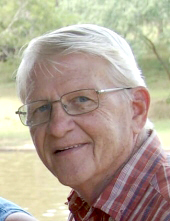 Mark was born in Manaus, Brazil, to the late Garnet and Fern Trimble, early Baptist Mid-Missions missionaries to that country. Mark and his wife served as missionaries in Brazil for over 40 years. They were members of First Baptist Church, Wellington, Ohio, the church that sent the couple into missions in 1971, and attended Berea Bible Church while in Springfield.

Mark graduated from Cedarville University in 1967 and earned a masters in missions from Grace Theological Seminary in 1990.