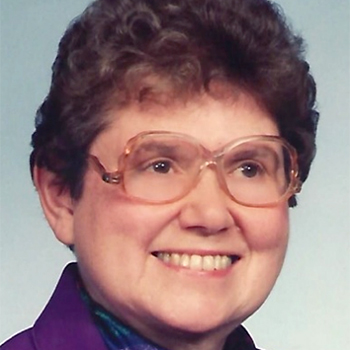 Marjorie was always involved in music ministry and often served as the church choir director. While living in North Eaton, she also taught music in the Amherst school system. Marjorie, who had been a voice major at Moody Bible Institute and held a BA in music from Houghton College, was a well-known soloist. She sang in the Warren (Ohio) Civic Chorus and later in the Lorain County (Ohio) Chorale until age 88.

She and Frank enjoyed traveling, and in 1993 they traveled to Ukraine with Campus Crusade Ministries, where they had the opportunity to educate public school children about Christian values and morals.

Marjorie was preceded in death by her husband, Frank, in 2018.

She is survived by two sons, Ronald and Richard; and three grandchildren.

The family will receive friends on March 6 from 6:00 to 8:00 p.m. at Liston Funeral Home, North Ridgeville, Ohio. The funeral service will be March 7 at 11:00 a.m. at Midview Baptist Church, North Eaton, Ohio. Burial will be at LaGrange Cemetery in LaGrange. The family suggests that memorial contributions be made to Midview Baptist Church.