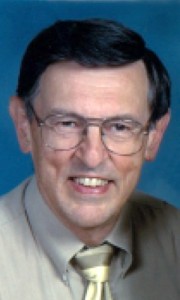 Larry was a graduate of Kings College and Dallas Theological Seminary. He spent over 45 years in ministry, serving churches in New Jersey, Ohio, and Michigan. Larry served on the board of the Association of Baptists for World Evangelism, Cedarville University, and the Institute for Biblical Leadership. He traveled extensively to over 19 countries on behalf of missions and served as the state representative of Ohio Association of Regular Baptist Churches, giving pastoral help and encouragement.

“It was a great joy to serve as Larry’s pastor,” says Bruce McBride of Calvary Baptist Church, Cresaptown, Maryland. “He encouraged me in the ministry and mentored me to be a better servant of the Lord. Our church has been impacted with the influence of Pastor Fetzer. The legacy of Larry Fetzer are the lives he touched for the kingdom of God and the passion for corporate prayer in the church.”

Larry was preceded in death by his first wife, Patricia, in 1996.

He is survived by his second wife, Marion; his children, Karl Fetzer and Laura Millard; his stepdaughters, Deborah Dayhoff and Jennifer Pellish; 10 grandchildren; and three great-grandchildren.

A funeral service will be conducted at Calvary Baptist Church in Cresaptown on Aug. 10 at 11 a.m.

A memorial service will be held at a later date at Washington Heights Baptist Church, Dayton, Ohio, where Larry pastored for 21 years.