Dr. Keith Howard Stone, a professor and pastor, died Sept. 11 after a long battle with Lewy body dementia. He was 71. 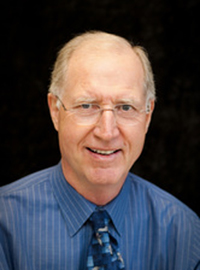 REDDING, Calif.—Dr. Keith Howard Stone, a professor and pastor, died Sept. 11 after a long battle with Lewy body dementia. He was 71.

Shasta Bible College and Graduate School awarded Stone an honorary doctorate of divinity for his many years of effective and faithful ministry at the institution, where he served in many capacities including Bible professor, dean of students, and vice president. He was a graduate of Los Angeles Baptist College and Theological Seminary (MDiv) and Dallas Theological Seminary (STM).

Dr. Stone was also a pastor for 45 years, most recently at Shasta (California) Community Church, where he served from 2006 to 2013. He loved spending time with students, friends, and family. Additionally, he enjoyed reading, traveling, and being outdoors to hunt and fish.

He is survived by his wife, Gracie; his children, Alison Fried, Paul, Tim, and Amber Williams; and 14 grandchildren.