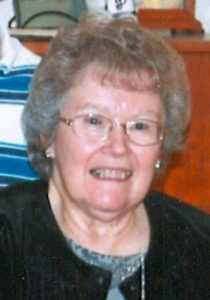 Judy was known for her godly character and musical ability. Having bachelor’s and master’s degrees in piano performance, she accompanied services on organ and piano, led choirs, adjudicated for Talents For Christ, and provided music for Northeast Fellowship conferences. She also had a ministry of hospitality and teaching ladies’ Bible studies and speaking to ladies’ groups.

In 2012, she and Glenn received a GARBC Service Award. She spend the last years of her life in pain, discomfort, and increasing immobility, but she maintained a sweet testimony of trust in the Lord.

She is survived by her husband of 53 years, Glenn; three children, Steve, Sue Paris, and Sheryl; and nine grandchildren.