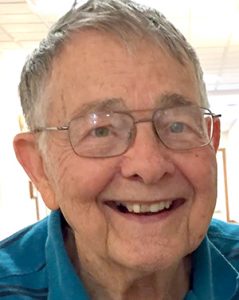 While serving in the U.S. Navy Reserve, Wood came across a Gideon New Testament and accepted Christ as his Savior. From then on, he made it his life’s mission to tell everyone he met about his Savior. He attended Bob Jones University, where he studied to be a pastor and met his beloved wife, Pauline Graham. They were married on Aug. 19, 1951, and spent 62 years ministering together.

He was preceded in death by his wife, Pauline.

He is survived by his sons, Joseph II and David; six grandchildren; and four great-grandchildren.

A memorial service will be held at Walnut Park Baptist Church, Muscatine, Iowa, where his son David is pastor, on Dec. 28 at 11:00 a.m.