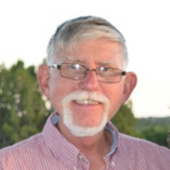 Jon was pastor of La Junta (Colorado) Baptist Tabernacle since 1985. Previously he was assistant pastor at Calvary Baptist Church, Canon City, Colorado, from July 1981 to July 1985. He deeply loved his congregation and considered them his family.

Jon was a diligent student of God’s Word, and his passion was to preach the exact truth of God’s Word. For many years, in addition to his role as pastor, he led Bible studies, including one at the Arkansas Valley nursing home in La Junta. He was also dedicated to teaching children about God. At La Junta Baptist Tabernacle, Jon faithfully taught a children’s class on Wednesday nights. He considered himself privileged to see many children grow up to love and serve God.

Jon is survived by his wife of 37 years, Ruth Ann.