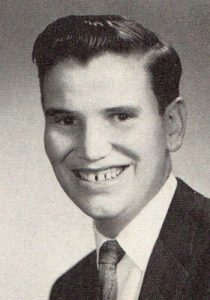 John is survived by his wife, Ann; a son, Andrew; a daughter, Dianne; and a grandson.

A memorial service was held at Dryden (New York) Baptist Church, where he was a member.