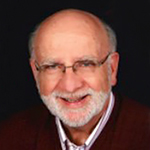 SEBRING, Fla.—Jesse G. Eaton, a pastor and missionary for nearly 60 years, died Nov. 29 after suffering a stroke on Thanksgiving and slipping into a coma. He was 81.

Jesse’s family says his “personal world reflected his core beliefs, his unwavering integrity, and dedication to serving God to his utmost ability, and he did that with precision and extraordinary gift of organization.”

Jesse lived his life “to reach the world with the gospel,” says John Greening, national representative of Regular Baptist Churches.

Jesse attended Baptist Bible Seminary (now called Clarks Summit University), graduating with his bachelor’s degree a few months before his marriage to his college sweetheart, Joyce M. Peterson, on Aug. 15, 1959. He also earned an MA in missions from Grace Theological Seminary and, in 1996, received an honorary DDiv from Baptist Bible Seminary.

After their wedding, Jesse and Joyce planted New Haven (Indiana) Baptist Church. In 1967, they and their three children left for East Pakistan (now Bangladesh) as missionaries with the Association of Baptists for World Evangelism. Jesse served until 1981 as the administrator of Memorial Christian Hospital in Malumghat, Bangladesh. A gifted administrator, he chaired the station council and field council and directed Baptist Bible Institute.

Upon returning to the States, he joined the administrative faculty at Baptist Bible College. For five years he was the director of Christian Ministries Division, a missions teacher, and the director of the Missionary Apprentice Program. He then returned to ABWE to work in its home office in Cherry Hill, New Jersey (and later New Cumberland, Pennsylvania). His responsibilities over 26 years of service included overseeing and caring for missionaries on and off the field as executive administrator for Africa and Western Europe and then director of Post-Field Interpersonal Ministries.

Jesse “was one of the finest gentlemen we knew,” John Greening says. “His manner and wisdom was a constant reflection of the Savior he served. His faithful, humble years of service stand as a testimony to our eternally consistent God. His love for the lost permeated his conversation and ministry. He left a legacy of godliness that serves as a benchmark toward which we desire to strive.”

He is survived by his wife, Joyce; his children, Jim, Joanie Knaus, and Julie Eby; 10 grandchildren; and six great-grandchildren.