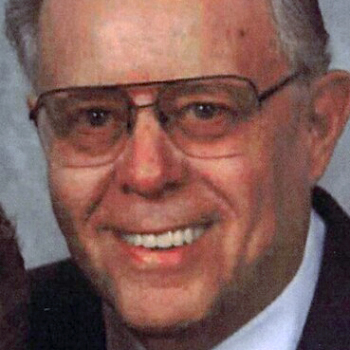 After graduating from Practical Bible Institute, Irvin served as a pastor in New York, Pennsylvania, and Indiana, for 26 years and was pastor of evangelism at First Baptist Church, North Tonawanda, New York.

Burdened for people in his churches to share Christ with others, he developed a program on personal evangelism. The program was called TELL Ministries (Training Evangelistic Lay Leaders) and included a 115-page manual that he wrote, eight-day seminars on evangelism, and six follow-up booklets for new believers.

He hosted his TELL Ministries program in Baptist churches across the United States. But “his love for the fellowship of the General Association of Regular Baptist Churches has caused him to place top priority to the churches of our fellowship,” says the March 1978 issue of the Ohio Independent Baptist.

In addition to Irvin’s leadership, TELL Ministries was also overseen by a board of advisors, comprising pastors and laypeople from GARBC churches. In 1974 Irvin left the pastorate to devote his time to TELL Ministries. While leading that ministry he was a member of Sun Coast Baptist Church, New Port Richey, Florida.

Irvin is survived by his wife of 73 years, Pearl; two daughters, Ruth Pletcher and Becky Vannatta; 10 grandchildren; and 17 great-grandchildren.

He was preceded in death by a son, Nathan.