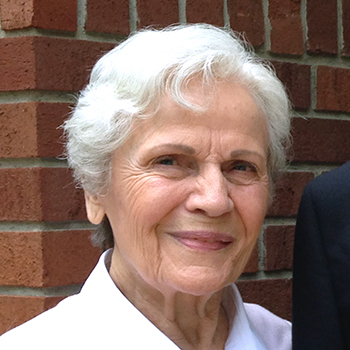 WALNUT CREEK, Ohio—Irene Ruth Jackson, a pastor’s wife, died Nov. 25 after a short illness. She was 92.

Then from 1979 to 1985 the couple ministered to students and staff at Summit University, where Mark was president—and where he and Irene had met while they were students; they both graduated from the school in 1950.

“My wife, Irene, joins me in thanking the Lord for allowing us the privilege of being His instruments to help place so much literature into the far corners of the earth,” Jackson wrote in 1998. “The years of our pastoral ministries were blessed, but the eight years with GLS were the thrill of our lifetime.”

Irene was a faithful prayer warrior, especially for her family, and she enjoyed traveling abroad, especially to the Holy Land and Switzerland.

She is survived by three children, Sheryl, Laurie Rekward, and Lynne Miller; a daughter-in-law, Deborah; 11 grandchildren; and 21 great-grandchildren.

The family thanks the staff who cared for Irene at Walnut Hills Retirement Home. “Both the residents and staff were truly family to Mom.”