Harold V. Dark, a veteran missionary, died Oct. 4 at age 91. He ministered in the Central African Republic for 35 years, and his road to ministry was paved with God's love and grace. 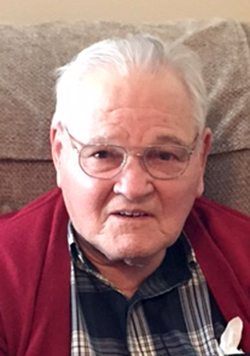 SEBRING, Fla.—Harold V. Dark, a veteran missionary, died Oct. 4 at age 91. He ministered in the Central African Republic for 35 years, and his road to ministry was paved with God’s love and grace.

Harold was born July 27, 1924, in Fairbury, Nebraska. After the seventh child was born, Harold’s father deserted his family and Harold’s mother placed all seven children in an orphanage in Council Bluffs, Iowa. Harold was in the orphanage from ages 7 to 13. In the fall of 1938, following a Sunday evening service at Merriells Grove Baptist Church, Harold accepted Christ as his Savior.

After high school, Harold attended Bethel Baptist Bible College, and while there, he felt God calling him to serve in Africa. Harold also attended St. Cloud State Teachers College, where he met his wife, Faith. They became engaged on New Year’s Eve 1948 and married on June 7, 1949. They spent their first 15 months as home missionaries in Dels, Minnesota. Then in August 1950, Harold and Faith began attending Omaha Bible Institute and, three months later, were accepted by Baptist Mid-Missions as candidates to French Equatorial Africa. Harold was ordained in March 1951, and in May he and Faith sailed from New York to Paris for an 11-month language study before departing for Africa on Aug. 31, 1952.

During the Darks’ first term in Africa, Harold learned carpentry, mechanics, plumbing, masonry, hunting, and more. He preached his first sermon in the Sango language and led his first African to the Lord. Harold and Faith spent eight terms of service in Africa, totaling 35 years. During those years, Harold built many church buildings; held Bible studies; counseled church leaders; evangelized in villages; taught in a Bible school, where 30 couples were training for the ministry; and, burdened to put the printed Word of God into the hands of the African people, printed literature in the Sango language, including tracts, lesson books, Sunday School lessons, and songbooks.

Harold and Faith saw many souls come to know the Lord as their Savior. One day alone, Harold baptized 80 people. Polly Strong, a missionary who worked with the Darks in Africa for about 20 years, summarizes Harold with four attributes: “dedicated, faithful, hardworking, and a wonderful sense of humor.”

She continues, “He was faithful to the tasks God put in his hands, never quitting, even when the going wasn’t easy. If one thing didn’t work out, he found another way to do it—keeping machines running, building a house, then moving his whole operation somewhere else when that became necessary, fixing all kinds of things that broke down. He never refused to do the menial tasks. I still remember him saying once, ‘This ought to make a good prayer letter: I fixed six toilets today!’ Few people worked with the diligence he had.”

Upon returning to the United States, Harold continued printing gospel literature that is still being used around the world today and served as a hospital chaplain, leading many people to the Lord.

Harold is survived by two children, Pauline and Daniel, and five grandchildren.