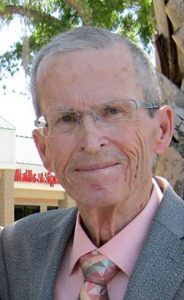 Joe grew up on his family’s farm in the Mississippi Valley of Illinois. He was the fourth of eight children. “Our lives on the farm had centered around church, where we served together as a family and kept the missionaries and visiting speakers in our home,” he said in a 1991 Baptist Bulletin article. “We children never asked, ‘Are we going to church today?’”

That Christ-centered home life laid a solid foundation that led to Joe’s vocation as a minister.

Joe graduated from Moody Bible Institute in Chicago, where he preached and sang in rescue missions, led people to Christ at Cook County Hospital, and served in the educational ministries of a local church. He furthered his education at Grand Rapids Baptist College, graduating in 1966. He went on to become an assistant pastor in Gary, Indiana, and then at First Baptist Church, Hackensack, New Jersey, under the pastorate of Joseph M. Stowell. “I believe I learned more in that year and a half with Dr. Stowell, before he became the national representative of the General Association of Regular Baptist Churches, than I had learned in all of the years in the classroom,” Joe said. When Stowell accepted the position of GARBC national representative, Joe stepped in to serve First Baptist Church as interim pastor.

Relocating to Florida in 1971, Joe became the first pastor of Fellowship Baptist Church in Lakeland, and in 1974, “seeking to blend the theoretical with the practical,” he accepted the position of academic dean and teacher at Spurgeon Baptist Bible College. The school had opened in 1970 to help students, as Joe said, “blend the Text with the context of planting churches around the world.”

Planting new churches and helping established churches thrive became Joe’s burdens. He worked with Church Building Consultants for six years and founded Discovering Life Ministries in 1986. In his role as a church development consultant, he particularly encouraged churches to not only support church planters, but to be church planters. “Sadly, only a few growing churches are engaged directly in planting churches in next towns, new neighborhoods, new cities,” Joe wrote in his November 1985 Baptist Bulletin article “Catch the Vision.”

“We must direct great effort toward involvement in church planting, working with our home mission agencies, to plan a church that will have the vision to plant another church. . . . Let’s not wait for mission agencies to try to do it. It’s the church’s task!” At the time of his writing, he was planting Palms Baptist Church in the rapidly growing Palm Beach Gardens, Florida, with the Association of Baptists for World Evangelism and Barton Road Baptist Church in Lake Worth. “It is my prayer and plea that more will catch the vision for churches planting churches,” he said.

Joe was a man of exceptional vision for the development of the church. “A difference exists between a visionary as it is commonly understood and possessing an increased vision of what we need to do to reach people for Christ and help them grow, mature and be effective in our day,” said Vernon Miller, Joe’s brother, in the January 1992 Baptist Bulletin, of which he was editor. “We need people of vision.” 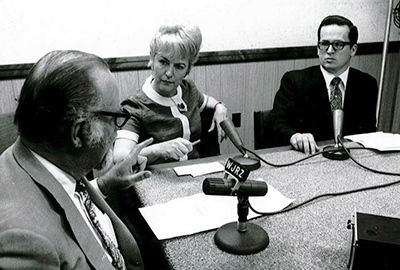 Joe Miller was one such visionary who considered the practical, who led churches to resources and helped them develop strategic plans to reach their goals. While he consulted personally with ministry leaders who desired to start or develop existing ministries, he also put his valuable advice into writing, creating a newsletter called The Church Planter. Bob Jones University Press later published the newsletter’s issues, along with new material written by Joe and other ministry leaders, as the two-volume Building the Church: A Comprehensive Manual for Church Administration. In addition, Joe wrote the “Ministry Tools” column of the Baptist Bulletin that ran in the 1990s, several Regular Baptist Press Bible studies, and the book Managing Life.

In retirement, Joe started a ministry called Helping Hands at Starkey Road Baptist Church in Seminole, Florida, which cares for widows and others in need and maintains the church grounds. He also taught Adult Bible Fellowship classes for adults and sang in the church choir.

“God’s rewards for faithful stewardship are often heavenly rather than earthly,” he wrote in Managing Life. “They are far more desirable than earthly gain.”

Joe is survived by his wife of 60 years, Helen; four children, Mikel, Pam Hubbell, Martin, and Rebecca; and four grandchildren.