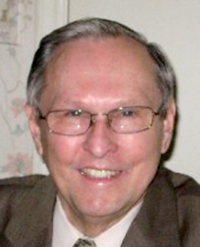 Sammons received a BA in biology from Drake University and a ThM in Christian Education from Dallas Theological Seminary. He studied Spanish for one year in Mexico before entering missionary service in Santiago, Chile. His true joy was teaching God’s Word. For 25 years he taught at Faith Baptist Bible College and Piedmont International University. Overlapping his teaching ministry, he served as a brigade chaplain endorsed by Regular Baptist Chaplaincy Ministries for 20 years in the Air and Army National Guard in Iowa and North Carolina. He retired on June 1, 1996, at the rank of major.

For 21 years Gary and his wife, Wilma, served with Baptist Mid-Missions, first with Campus Bible Fellowship International and then Editorial Bautista Independiente, a Spanish literature and theological curriculum ministry. Before his retirement eight months ago, he was the coordinator for Piedmont’s online Spanish-language MA in Biblical Studies Program.

“After the implementation of the program,” says Piedmont, “Mr. Sammons remained as the coordinator, investing countless hours in the academic and ministry success of students from various South American countries. Although Gary was hospitalized during commencement week 2015, students crowded into his hospital room to talk in person and say a ‘thank you’ for his care and ministry. This program which is due to enroll its second cohort in 2016 will be an outstanding legacy.”


In all of his ministries, Sammons was a faithful teacher and mentor with a genuine love of sharing Christ with everyone.

He was preceded in death by a son, Paul. He is survived by his loving wife of 49 years, Wilma; a daughter, Elizabeth Ann Covert; a son, James; three grandchildren; and a special friend of the family, Daniel Matthew Reynolds.

Sammons’ poem “Pray for America” was published in the July 1994 Baptist Bulletin:

Pray for America; how we need the Lord’s saving grace!
Pray from your heart and seek His dear face.
For many things we are willing to dare,
But are we willing to be disciples in prayer?

Pray for America; she was conceived in prayer.
Pray for revival; we’re rejecting God’s care.
We must return to the paths tried and true—
If not, as a nation our days may be few.

Pray for America like Washington of old—
He knelt with his troops in the winter’s harsh cold.
He asked for protection from King George’s men
And entreated the Lord for forgiveness of sin.

Pray for America with Lincoln’s great concern.
He prayed that the states to the Union would return.
God answered Abe’s prayer and gave us great peace,
And this has enabled our great Land to increase.

Pray for America! O, yes pray to the Lord!
Prayer is more potent than a two-edged sword.
Strongholds will fall. Right will prevail.
Prayer is the key. Our Lord will not fail!