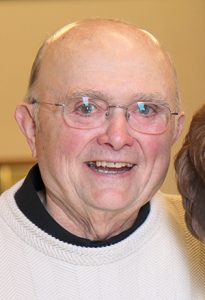 Garold spent most of his life serving his Lord, as a Christian education director, pastor, and pastor of seniors. He grew up attending Saylorville Baptist Church, Des Moines, Iowa, where his parents were charter members, and graduated from Moody Bible Institute.

Returning to Des Moines, Garold was the Bible Club director for Youth for Christ and served on the Youth for Christ board, where he met Marilyn Spears. He was drafted into the army, but instead chose to join the Marine Corp. Garold and Marilyn married on Feb. 17, 1961, at Saylorville Baptist Church. They soon moved to Peoria, Illinois, where he was assistant director of the Peoria Christian Center and then director before he decided to attend Fort Wayne Bible College, where he earned his BA in Christian Education.

He is survived by his wife, Marilyn; his children, Mark, Janelle Williams, and Bryan; and five grandchildren.