Eugene Matlock, who spent a lifetime serving churches and individuals, died Oct. 7, 2014, after a brief battle with cancer. He was 61. 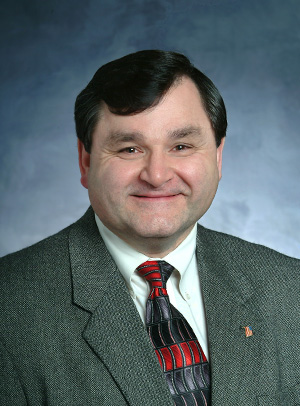 WOODSTOCK, Ga.—Eugene Matlock, who spent a lifetime serving churches and individuals, died Oct. 7, 2014, after a brief battle with cancer. He was 61.

“Gene’s life is a testament to the grace of God, Who took a kid from a dysfunctional family on the south side of Chicago and used him in effective Christian ministries for more than 35 years,” says Faith Baptist Bible College, his alma mater and employer, in its tribute to Gene.

Gene was 15 years old when his parents died in 1967. “In God’s good plan for Gene,” Faith says, “he went to live with his brother James and his wife who lived in Romeoville, Illinois, and who attended Bible Baptist Church in Romeoville. There Gene heard the gospel and received Christ as his Savior. He became involved in Sunday School, the music program, youth work, and the camping ministries at the church.”

He graduated from Faith Baptist Bible College in 1977 with a degree in Christian Education and began a lifetime of serving churches and individuals.

From 1989 to 2007, he also worked as a Christian Education consultant for Regular Baptist Press, initially part-time and then full-time beginning in 1994. In that role he traveled the United States, Australia, and Canada, meeting with pastors and Sunday School leaders and conducting training conferences. Regular Baptist Press later relocated Gene to Atlanta, Ga., where he concentrated on the southeastern part of the country as a regional field representative.

In 2007 Gene became associate pastor of Christian Education and outreach at Lebanon Baptist Church, Roswell, Ga. Then in 2012 he was appointed vice president for advancement and church relations at Faith Baptist Bible College and Theological Seminary. In that position he oversaw advancement and alumni activities and worked closely with churches in providing resources for their ministries. Faith says, “His experience in traveling the United States on behalf of Regular Baptist Press ideally equipped him to know the needs of pastors and churches and provide resources for them.”

Gene “distinguished himself as a hardworking, capable servant of the Lord,” Faith says. “Those of us who knew Gene will miss his friendliness and his friendship.”

He is survived by his wife, Judy, and seven siblings. He was preceded in death by his parents and five siblings.

The visitation will be at the Woodstock (Ga.) Funeral Home on Friday evening, Oct. 10. The memorial service will be at Shiloh Hills Baptist Church in Kennesaw, Ga., on Saturday, Oct. 11, at 11:00 a.m.

Next post Fellowship of Missions Holds Retreat and Conference