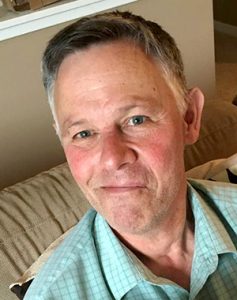 Eric’s greatest desire was to preach the gospel through his ministry and his life. He earned a business degree from Central Michigan University but a short time later felt called to the ministry. Pursuing the path of ministry, he attended Word of Life Bible Institute, where he met his wife, Beth.

He is survived by his wife, Beth; his sons, Chad, Ryan, and Craig; and four grandchildren.

A memorial service will be held on Friday, Nov. 4 at 11 a.m. at West Cannon Baptist Church, Belmont, Michigan, with visitation one hour prior to the service. Friends and family may also gather on Thursday from 7 to 9 p.m. at Heritage Life Story Funeral Home—Van Strien Creston Chapel, Grand Rapids.