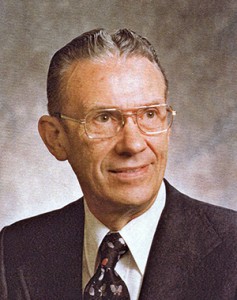 DuBois (ThD) pastored First Baptist Church in Mount Pleasant, as well as churches in Saginaw and Detroit, and was pastor emeritus at Good News Baptist Church in Grand Rapids. He was also director of church relations for seven years at Cornerstone University.

He was preceded in death by his first wife, Bonnie Mae, after 61 years of marriage.