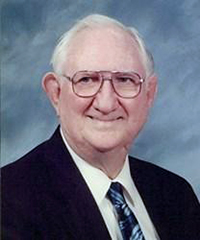 After serving his country for several years in the Navy, Guess was led to the Lord by Pastor James Gray in 1957. Guess attended Omaha Baptist Bible College and was called to pastor a church in Stanton, Nebraska. A couple of years later, he was called back to the church of his spiritual birth, Oak Grove Baptist Church, Kansas City, Kansas, to serve as associate pastor under his spiritual father, James Gray.

He is survived by his wife of 51 years, Vada Belle; his children, Micheal, James, Ruth Anne Dirksen, John, and Paul; 16 grandchildren; and five great-grandchildren.

Next post Sunday Night C.S.I. Digs Deeper into the Word