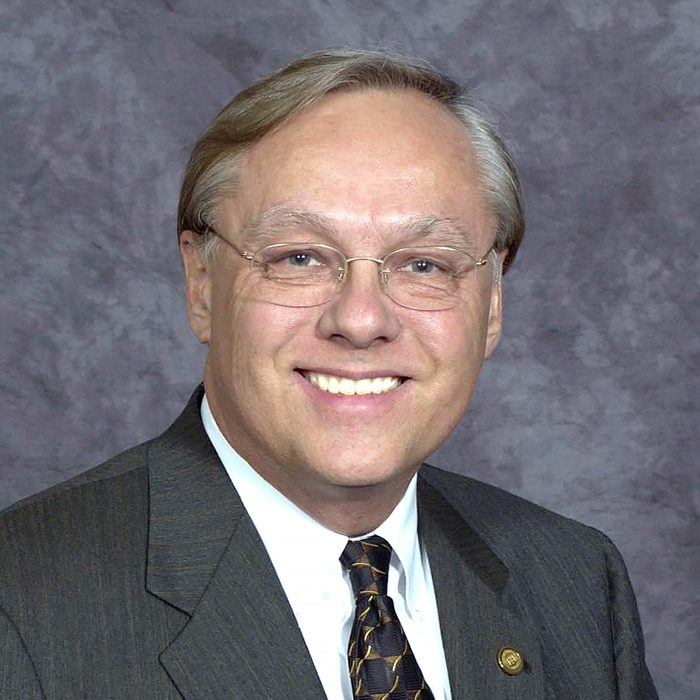 Richard was born in Fergus Falls, Minnesota, and grew up in Minneapolis. He professed Christ as his Savior at age 9 through the ministry of his Sunday School teacher. At age 15 he dedicated his life to preaching the gospel, and he actually preached his first sermon shortly thereafter. To prepare for ministry, Richard enrolled at Omaha Baptist Bible College in 1964.

While at OBBC, he met Barbara Inabnit of Kalispell, Montana. They married in 1967, the summer the college moved to Ankeny, Iowa. Richard graduated in 1969 as one of the students who started in Omaha and finished in Ankeny.

In 1994, while pastoring in Creston, the board of directors at Faith Baptist Bible College and Theological Seminary called Richard to be the school’s eighth president.

Under Richard’s 12-year leadership, the school experienced an increase in enrollment and an expansion of the campus facilities. He led in building two residence halls and a major addition to the Nettleton Center, the campus hub. He also led the school in adding new degree programs and gaining regional accreditation through the North Central Association of Colleges and Schools.

After he retired, Richard remained active in ministry, preaching in various places and serving as the interim pastor of Grace Baptist Church, Plover, Wisconsin.

He is survived by his wife, Barbara; two sons, Bob and Stephen; and two grandsons, Carson and Collin.

Dr. James D. Maxwell III followed Dr. Houg as president of Faith and was also a fellow student with him at OBBC. Dr. Maxwell writes:

“Having known Richard Houg for nearly 60 years, I had the opportunity to observe him in a variety of settings. While we were fellow students in the ’60s, one of his professors confided in me that Richard’s class was remarkably serious about things of God and mentioned Richard as one of the reasons. I preached in several of the churches he served and learned of the ways God used him as a pastor. He was the president of Faith Baptist Bible College during one of the strong growth periods of the institution. Richard was strongly committed to Barb and his two sons, choosing to stay in Iowa when he retired to keep the family close.”

During his pastorate in Pana, Richard met Jim Randolph, a layman in the church, and the two became lifelong friends. Jim later was elected to the board of directors of Faith, which brought the two back together again. Jim paid tribute to his dear friend with these words:

“We served for decades together, and he was a great mentor and friend. Most recently we texted almost daily, mostly chit-chat but always saying something about Christ, our lives, and what a great God we serve. I remember him for his heartfelt messages and for his sincere love for the Word of God. ‘Preaching the truth in love’ was his theme, and he would close many of his messages by stating, ‘The look is up!’ Dr. Houg’s ‘looking up’ is now complete. Well done, good and faithful servant.”