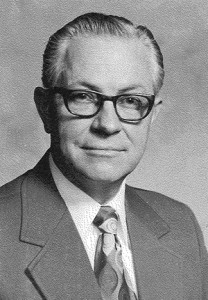 Brong also has a long history of service with Faith Baptist Bible College and Theological Seminary. He was a board member beginning in 1953. At the time of his death, he was an emeritus member of the board, making him the longest serving member in the school’s history. He was also interim president in 1980 and 1987 and was recognized as an honorary alumnus in 1986.

Brong was preceded in death by his wife, Marguriete, and a daughter, Mary Westphal.