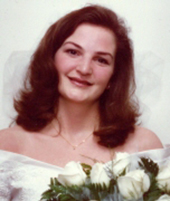 OMAHA, Neb.—Dawn McClure Rittmiller, 44, died Jan. 4, 2019. She was the faithful and loving companion of Pastor Shawn Rittmiller, the mother of four, and an active member of Park Lane Baptist Church.

Dawn was saved at a young age during Vacation Bible School in Medina, Ohio. In 1996 she graduated from Faith Baptist Bible College in Ankeny, Iowa, where she met Shawn. They were married in 1997.

Dawn delighted in serving the church communities to which Shawn was called over the years, regularly helping in the nursery and as a Sunday School teacher. In 2002, after earning a master’s degree, Shawn was called to First Baptist Church in Freeland, Mich., where they served for seven years. In 2008, Park Lane Baptist Church called him as pastor. During her time there, Dawn taught the twos and threes Sunday School class, led children’s church, served as janitor, organized crafts for Vacation Bible School, and helped in other ways.

Dawn’s greatest joy and honor, however, was ministering to her own children. She enjoyed cooking, playing board games, homeschooling all four children, and hosting slumber parties for her daughter and friends. On occasion, Dawn made quilts and crocheted. Much to the chagrin of her Huskers (University of Nebraska)–loving husband, Dawn also made Ohio State Buckeye fans of all their kids.

Dawn is survived by Shawn and their children: Zachariah, Alexander, Ethan, and Veronica; her parents, Greg and Kathy McClure; a brother, Christopher Kramer; and extended family.