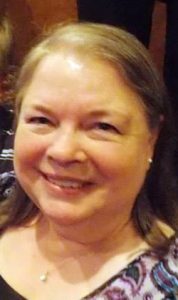 SEQUIM, Wash.—Dawn Mattison, a kind and caring pastor’s wife with a heart for teaching God’s Word, was welcomed into the presence of her Lord May 27. She was 65.

Dawn was born and raised in Hillsdale, Michigan. Her family served with Rural Bible Mission, and she grew up happily attending summer Bible schools led by her parents. Dawn studied pre-nursing at Grand Rapids Baptist Bible College from 1968 to 1969 and received her LPN in 1971 from Butterworth Hospital School of Nursing in Grand Rapids.

In July 1970, Dawn married Timothy D. Mattison, and the Lord blessed them with four children: Eric, Adam, Wendy, and Laura. In 1983, the Mattisons moved to Tacoma, Washington, where Tim enrolled at Northwest Baptist Seminary. During seminary he was assistant pastor of Mount Tahoma Baptist Church, Lakewood, Washington, and after graduating was pastor of First Baptist Church, Royal City, Washington.

Burdened to help new churches, Tim and Dawn joined Continental Baptist Missions in 1999 as missionary church planters. They served for many years at First Baptist Church, Wayland, Michigan, and were assisting Strait View Baptist Church, a CBM church plant, in Port Angeles, Washington, when Dawn was called Home to be with her Lord.

A memorial service will be held on Friday, June 3, at 11:00 a.m. at Faith Baptist Church, Sequim, Washington.