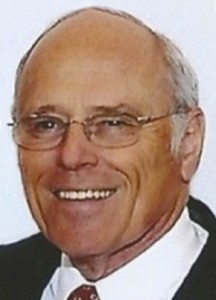 David, a third-generation pastor, felt called to the ministry as a high school student. From that time he was serious about serving the Lord. Over the span of five decades he pastored five churches, including in Saginaw, Michigan; Great Falls, Virginia; Woodbridge, Virginia; and the Washington, D.C., metro area. His last pastorate was at First Baptist Church of Grove City from 1987 to 2014. At the time of his death, he was a pulpit supply speaker at Open Door Baptist Church, Greensburg, Pa.

When he marked 25 years as pastor in Grove City in 2012, he said that serving as a pastor had been a privilege. “It’s a wonderful thing to pastor, if the Lord works in your heart and directs you to the ministry. It’s kind of difficult but very rewarding. There’s not one personality type that is ‘the’ pastor and everyone else is inferior. God can use you just as you are if you present yourself to Him.”

He is survived by his wife, Lois, whom he married on July 1, 1967; four children, Brad, Cindi Radacs, Mandy Pfordte, and Mindy Reynolds; and 10 grandchildren.