David William Green, a pastor, died April 25, one day before his 80th birthday. 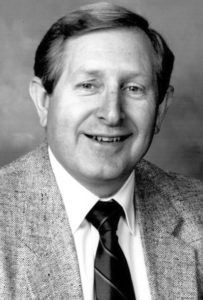 LOS ALAMITOS, Calif.—David William Green, a pastor and ministry leader for over 40 years, died April 25, one day before his 80th birthday.

David was led to the Lord by his mother when he was 16, but it wasn’t until he was 30 years old that David felt the call to ministry. That year, 1968, he started attending Detroit Bible College at night while working full time at his aluminum siding business. He also volunteered at the Detroit mission from 1969 to 1972, gaining experience in ministering to those who needed it the most. On May 26, 1972, he graduated with his bachelor of religious education degree.

He served for two years as youth pastor of First Baptist Church, Livonia, Michigan. He taught leadership skills, how to deal with people, and how to get youth to commit and be involved in ministry. He would play basketball, football, or baseball with students to connect and build relationships with them.

In 1972, David became the assistant pastor of Mandon Lake Community Church, Union Lake, Michigan, serving until 1974. It was his first full-time ministry position and now he could finally focus 100 percent on winning souls to Christ.

In 1975, God called him to move once again, but this time across the country to Hanford, California. David took a position as pastor of Hanford Community Church, where he served until 1981. It wasn’t uncommon for him to go from a contested game of football on a Saturday afternoon with the youth of the church to making a visitation call on a church member shortly after. He was the definition of hard work and dedication and always went above and beyond to guide his flock.

In 1981, David became assistant pastor of First Baptist Church, Long Beach, California, serving until 1991. During that time, David earned a master of arts in counseling and a doctor of ministry degree. With his heart burdened for people, David was now able to professionally counsel people through various trials in life, ensuring that he gave them a Biblically sound path to follow and work through their problems and issues.

In 1991 David was led to put together a seminar on marriage enrichment. Throughout the years he had spent in ministry, he saw a need for married couples to receive Biblical guidance on what it takes to have a great marriage. He traveled with his wife, Wanda, between 1991 and 1994 to many churches and locations, even going as far as Fiji to lead his seminars.

In 1994 God again called David to return to the pastorate, but this time he didn’t have to go too far. He became pastor of Bethel Baptist Church, Torrance, California, where he served a loving church family for 22 years. He made the decision to retire in 2016 at age 78; however, he still felt the call to continue with ministry.

David’s legacy will live on through his family and those whom he impacted for the Lord. They will carry on his work until they see him again in Heaven.

David is survived by his wife of 59 years, Wanda; his children, Darlene Jones, Debbie Gerry, and David; seven grandchildren; and seven great-grandchildren.