Clarence David Kennedy, a longtime pastor, died March 6. He was 92. 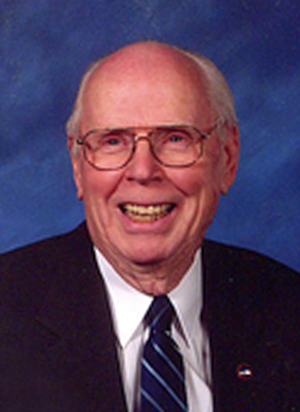 Kennedy graduated from Harrington (Maine) High School as valedictorian at age 16. Knowing God was calling him to ministry, he went on to graduate from Philadelphia School of the Bible and Baptist Bible Seminary, Johnson City, New York, where he studied Greek and Baptist polity. When he began his college studies in September 1939, World War II had just begun, points out Steve Little, president of Baptist Church Planters. “While men were going into the military to become soldiers, there was a man going into the Bible college to become a soldier of Jesus Christ,” he says.

Pastor Kennedy saw New England as his field of ministry when others had given up. Even toward the end of his life, he would tell people he hoped to get back to Maine and his “field of ministry.” He ministered in a quiet way but with a tremendous impact, Little says.

In addition to pastoral service, he served on the board of directors for the Northeast Regular Baptist Fellowship, Camp Northfield in Massachusetts, and Fellowship of Baptists for Home Missions. His attention to detail often meant that he was moderator or clerk of the various boards and ordination councils he attended. He was also a missionary with Baptist Church Planters, served with the Michigan Association of Regular Baptist Churches, and was a chaplain at Hurley Medical Center in Flint.

“His life was all about living for Christ,” says Pastor Scott Snyder of South Baptist Church in Flint, where Kennedy was a member. He was “an earthen vessel that allowed himself to be used by God and to give the glory to Christ all along the way.”

Kennedy was preceded in death by his wife, Jewel, on March  26, 2001, after 56 years of marriage, and two grandchildren.