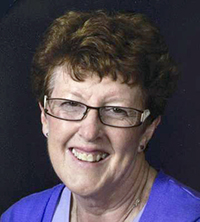 
Charlotte graduated from Allen Memorial Nursing School in 1967, the year she married Pastor Dick Miller. As a pastor’s wife, Charlotte actively served alongside Dick in all aspects of the ministry at Calvary Baptist Church, Dysart, Iowa, until his passing in 1988. Charlotte and Dick spent many summers serving at Iowa Regular Baptist Camp. She enjoyed entertaining, serving on her church missions board, playing the piano, camping, and most of all spending time with her family.

Charlotte also worked as a nurse most of her life in various specialties, including nursing homes, hospitals, rehabilitation centers, and assisted living facilities. She retired as a director of nursing.

Previous post Valuable Teacher Training in Person and by Video