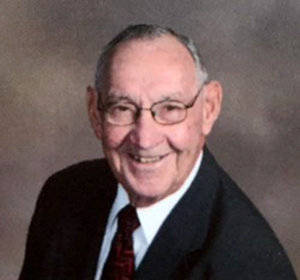 Charles spent much of his career as a teacher and football coach. After earning a bachelor’s degree in education in 1958, he taught math and coached in public schools in Maine and Massachusetts for 16 years and at Dublin (New Hampshire) Christian Academy for three years.

Then in 1977, the president of Maranatha Baptist University asked him to start a football program at Maranatha Baptist Academy, the high school affiliated with the university, and teach math in the academy and college. In 1979 he became the athletic director and head football coach while continuing to teach math, in addition to other subjects, at the college.

After serving at Maranatha Baptist University for 11 years, he became the school administrator at Emmanuel Christian School, Newington, Connecticut; Falls Baptist Academy, Menomonee Falls, Wisconsin; and Trinity Baptist School, Williston, Vermont. He retired in 2007 but continued to serve at Trinity Baptist Church in visitation and ministry to seniors. He moved to Maranatha Village in Sebring, Florida, in 2013 and became the visitation pastor of Maranatha Baptist Church.

He is survived by his wife, Barbara, whom he married on New Year’s Day in 1955; three children, Beverly Ehr, Karen Kappenman, and Randall; 12 grandchildren; and 20 great-grandchildren.