Bradford Neal Kolbo, a pastor, mentor, and counselor, died June 3. He was 69. 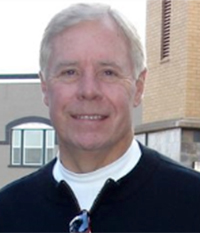 NAMPA, Idaho—Bradford Neal Kolbo, a pastor, mentor, and counselor, died June 3. He was 69.

Brad dedicated his life to serving, teaching, listening, laughing, and doing for others. He earned a BS in Biblical studies from Western Baptist College (now Corban College), where he met his wife, Bonnie. They married on Dec. 9, 1967.

Feeling called to the pastorate, he accepted the role of pastor at First Baptist Church, Othello, Washington. Currently he was pastor of Eastgate Bible Fellowship, Bellevue, Washington.

A lifelong learner, Brad earned an MRE in 1994 and a PhD in pastoral counseling in 1999. He served on the board of directors for Northwest Baptist Home Mission and the board of trustees for Corban College.

Brad is survived by his wife, Bonnie; their children, Scott, Lisa, and Wendi; and eight grandchildren. His family says, “Though our hearts are grieving for the loss of him here on earth, we know he is whole. He fought until the end and is now experiencing an eternity with Jesus.”