William "Bill" Paton, a missionary pastor for many years, died July 14. He was 72. 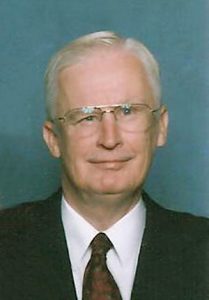 From 1976 to 1993 Bill was also an instructor at Detroit Bible College (now called William Tyndale College), and from 1990 to 1990 at Warlick Bible Institute. He became a missionary with Baptist Church Planters in 1993.

A memorial service will be held July 18 at 3:00 p.m. at Evangel Baptist Church, Silva, Missouri.