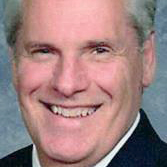 FINDLAY, Ohio—Aaron Arthur Kaukonen, a pastor for 40 years in Michigan and Ohio, died Dec. 9 from complications of COVID-19. He was 75.

He was pastor of First Baptist Church, Colon, Michigan, from 1971 to 1996. During his tenure in Colon, he led the congregation through the construction of a new church building. In 1997, he began pastoring First Baptist Church, Findlay, Ohio, where he served for 15 years before retiring in 2012.

He remained active in his retirement, serving as a small-group leader and in various other capacities at Maranatha Bible Church, Van Buren, Ohio. He also served with The Twelve, driving foster children around the state for supervised visits with their parents, often logging hundreds of miles per week.