Robert David Adolph, a medical technologist who used his skills on the mission field in Bangladesh, died July 6, 2015. He was 79. 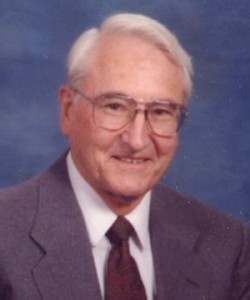 CINCINNATI, Ohio—Robert David Adolph, a medical technologist who used his skills on the mission field in Bangladesh, died July 6, 2015. He was 79.

Adolph served with the Healthcare Ministries of the Association of Baptists for World Evangelism from 1964 to 2004. He established the lab at ABWE’s Memorial Christian Hospital in South Asia and trained its technicians. He also served short-term in Togo, West Africa, training the lab technicians and upgrading the lab at the Hospital Baptiste Biblique.

He was a former member of Faith Baptist Church, Winfield, Illinois, and later relocated to Ohio.

He was preceded in death by a granddaughter.

He is survived by his wife, Barbara; their children, Lynda King, Stephen, Richard, and Cynthia Smith; 13 grandchildren; and eight great-grandchildren.