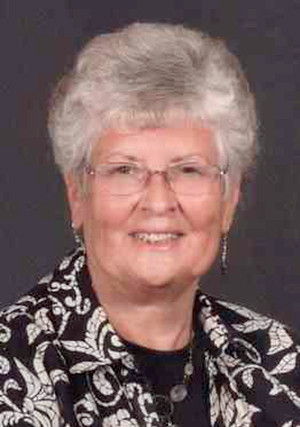 WINTERSET, Iowa—Nancy Safford, a pastor’s wife, died April 19. She was 76.

Nancy received a Bible diploma from Grace Bible Institute, where she met her husband, John. She and John attended the University of Nebraska–Lincoln. While in Lincoln, they led the junior high youth group at Central Christian and Missionary Alliance Church for two years and taught Sunday School at the state mental hospital’s children’s ward. They were also summer camp managers at the American Baptist Camp in Merrill, Nebraska.

In the summer of 1968, the Saffords moved to Winterset. Nancy and John were camp managers of Bass Lake Camp in Minnesota for seven years; managed Camp Fairwood in Wisconsin in the summer of 1990; ministered in two small country churches, Zion Federated Church and Macksburg Fellowship Church; served as interim pastor and wife at Grace Baptist on several occasions since joining the church in 1969; and, since June 2008, were pastor and wife of Grace Baptist, where John still serves.

Nancy was involved with many activities and groups throughout the years at Grace Baptist and was a member of the Winterset Music Club. She will long be remembered for her many years of arranging and planning children’s musicals for Christmas and Easter as well as her puppet ministries, which touched many hearts.

Nancy was a devoted wife, mother, and grandmother who loved nothing more than spending time with her family. More than anything, she loved Jesus, her Savior.

She was preceded in death by her parents and a granddaughter.

She is survived by her husband of 56 years, John Safford Sr.; four children, Geoff, Jodi Wabshaw, John Jr., and Jay; and 16 grandchildren.