Dr. Joseph Bower, veteran pastor, mentor, evangelist, and ministry leader, entered into the presence of the Lord, Whom he loved and served, on Jan. 5. 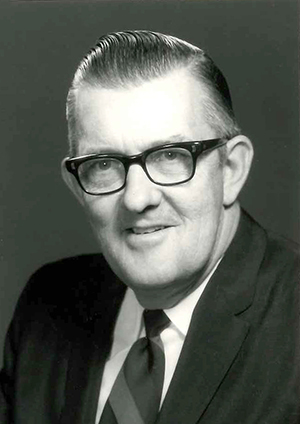 LAPEER, Mich.—Dr. Joseph Bower, veteran pastor, mentor, evangelist, and ministry leader, entered into the presence of the Lord, Whom he loved and served, on Jan. 5. Joe would have celebrated his 94th birthday on Jan. 22. Instead, he is rejoicing in the presence of his Savior.

“Joe Bower began serving as a GARBC pastor in 1943, meeting and learning from Robert Ketcham, Paul Jackson, and Joseph Stowell—the first generation of GARBC leaders,” the Baptist Bulletin notes, introducing his article “Closing the Generation Gap,” published in May 1983 and reprinted in the March/April 2011 issue.

He was a pastor in Indiana, Illinois, Ohio, and Michigan; built several churches and youth camps; served many years on the GARBC Council of Eighteen; served on the boards of Cedarville University, Faith Baptist Bible College, Grand Rapids Baptist Bible College, and Baptist Mid-Missions; and was a leader in the founding and early development of Camp Manitoumi in Illinois. In the latter years of his ministry career he helped churches without pastors. He retired in 2012, completing 71 years in the ministry.

Dr. Bower shared his testimony at the 70th Annual Conference of the Michigan Association of Regular Baptist Churches in October 2012. The MARBC says, “We thank God for His work through the life of this special servant, whom He used so greatly to impact many for His glory.”

Joseph was preceded in death by his wife, Kathleen; their daughter, Faith Schaaf.

Surviving are his wife, Florence, who shared his ministry since Feb. 6, 1993; his daughters, Ruth Fields, Miriam DeVaney, and Becky Grieves; a son, Rev. David Bower; 13 grandchildren; and 27 great-grandchildren.